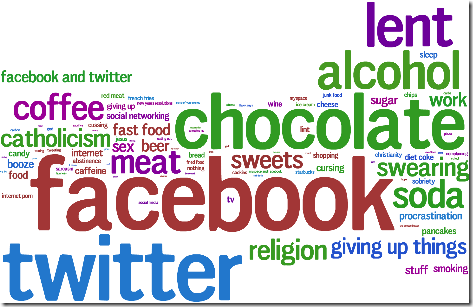 What is the origin of Lent?

The Teutonic word Lent, which we employ to denote the forty days’ fast preceding Easter. It is typically Ash Wednesday to Holy Thursday.  These forty days are supposed to represent (according to some of the gospels) the forty days that Jesus spent fasting in the desert before beginning his ministry, where he endured temptation from Satan.

During these 40 days, people give up a luxury or something that they or a habitual sin. (please correct me if I am wrong!)

Yesterday I got home & Craig asked me what I was giving up for Lent. He didn’t even realize that Ash Wednesday had already passed & that Lent has already started. He was like ‘oops! Guess I’m starting late this year!’

I’m always kind of iffy about doing this because well I had never given up anything for Lent until I met Craig. Typically each year I follow along with him, and give up something. Last year it was ice cream/ frozen yogurt/ anything of that nature and the year before that was diet soda, I believe.

What I mean is that I think that ‘giving something up for Lent’ should be a habitual sin or a habitual bad habit that you want to get out of your life. FOR GOOD.

So what got me thinking. That’s something I would like to participate in. There are definitely things that I would like to change about myself for good. But then I realized that I actually started Lent about two weeks before Lent began. Yep, I know that sounds a little crazy, you are probably like ‘well, Holly, then that’s NOT Lent.’ Ok, ok, I’ll give you that one. 😉  But just hear me out.

Remember when I told you 2 weeks ago that I planned on giving up weighing myself daily for one month? I have done it. I have succeeded so far. It’s been over two weeks (ok, so two weeks & one day) since I weighed myself.

I’m not going to lie. It’s was hard….at first. It was such a routine. Something that I did everyday. The scale was the indicator of my mood.
I was either this: 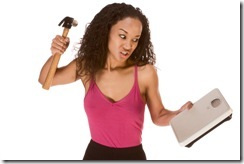 It didn’t matter. This is what I did. Every.single.day.

Not anymore! Can I tell you how much HAPPIER I have been everyday??? It’s almost unbelievable. Even Craig noticed. He said for the past two weeks it seemed like I have just been in such a better mood lately & he was happy to see the old Holly back. As soon as he said that I remembered HOW MUCH the scale had impacted my mood. (He never mentioned anything about the whole scale issue) It’s amazing how a stupid scale can make such an impact on one’s life. 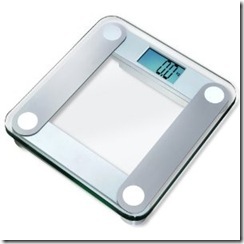 NO MORE! I’m done. Now I just use my clothes to make sure my weight is on target. Now I actually feel better about myself..and my self images issues have actually been less frequent as well. My brain was just wrapped completely up in a number. How silly! So glad I finally decided to ‘see the light’ & no longer need to hop on a scale everyday.

So yes, I decided that I started my Lent two weeks ago….and it feels fantastic! 😀

Are you giving up something for Lent? What are your thoughts on Lent?