It’s been a LONG time since I posted something, so I figured it was time. I really wish I could keep up with the blogging, but I just don’t have the time right now. Our lives are a bit occupied with a little someone else 😉

Most of you know (well, at least I think you do), that I’m pregnant! We are due November 3rd with a little baby girl….who at this point I refer to as ‘Bean.’ We haven’t decided on a name yet, and from the beginning I have called her Bean, when she actually looked like a little bean..not so much anymore- she looks like a real person now. 🙂

It’s pretty crazy to think that we are SO close to her due date. The even crazier thing is that my doctor could choose to induce me up to 3 weeks before my due date, which is LESS than a MONTH away! (October 13th, which happens to be my Father in Law’s birthday!) I don’t think they will at this point, but it’s all up to my little lady & the status of my Crohn’s disease. (more on that later)

Just wanted to show you what a difference a few weeks makes: 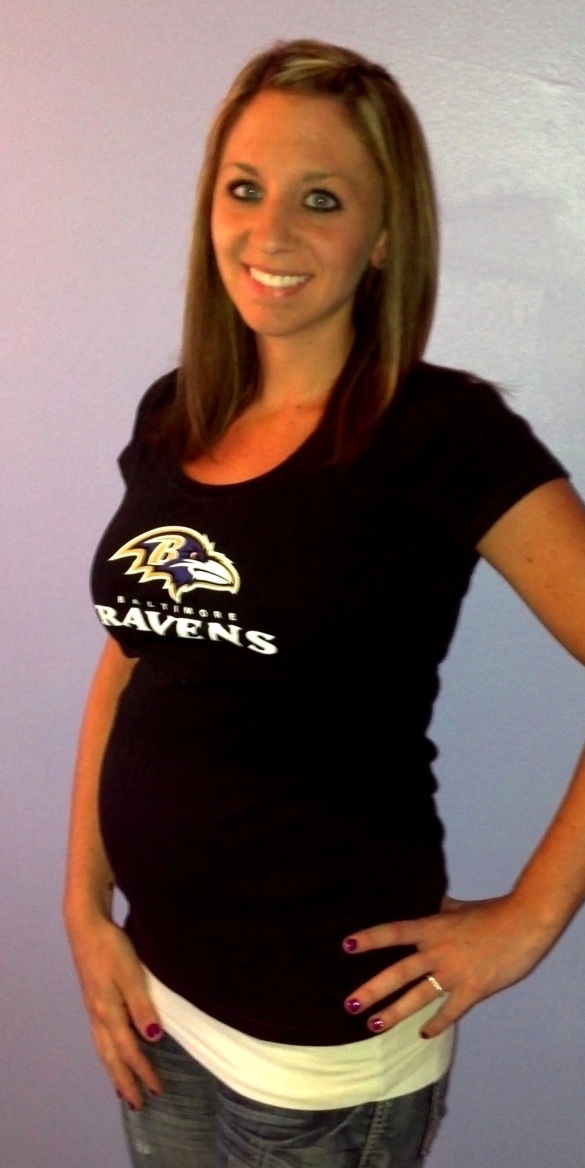 Look at that bump! & I don’t mine my tush 😉 I’ve been waiting to ‘pop’ & I think I finally have. Woohoo! I actually have a funny story- about a week & a half ago I was at Starbucks talking to one of the baristas that knows me. She was asking about my pregnancy & how it was going. All of the sudden the lady behind me goes, ‘Oh wow! You’re pregnant?! I had no idea.’ I just laughed & said, ‘yes, 8 months!’ I am definitely not complaining! I know in a few weeks I will be wishing for my little bump back. 🙂

I’m actually right on track regarding weight gain (I have gained about 18lbs. so far) & my little lady is on target for her due date! Everything is looking good, and I’m hoping & praying it stays that way.

Now, back to the part about being induced. If you are a reader of my blog (or were a reader…when I actually posted things 😉 ), then you know that I have Crohn’s disease. Because of the Crohn’s disease I am considered ‘high risk.’ That just means that I am monitored more, and I get to have an ultrasound every month. <-DEFINITE PERK! I LOVE seeing her so much! 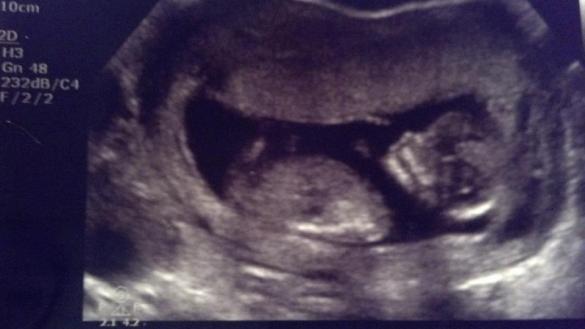 During these additional ultrasounds they take all of her measurements, from the bottom of her toes to the top of her head. They want to make sure that she is growing properly & getting all of the nutrients that she needs. Since Crohn’s disease patients tend to have a harder time getting the nutrients that we need, they want to make sure that it is not effecting her. (& thankfully it has NOT effected her one bit…praying it stays that way)

My pregnancy has actually put my Crohn’s into ‘remission.’ It’s like I don’t even have the disease. It is AWESOME. I have NEVER felt better! I told my gastroenterologist that I wish I could always be pregnant, to which he responded ‘be careful what you wish for.’ 😉 Haha! Now what happens after pregnancy? I could get lucky & things could continue this way, I could have a flair up shortly after delivery, or I could just go back to how I was before pregnancy (which was NOT good). We won’t know until she gets here, but I’m REALLY hoping that it goes into permanent remission.

I can honestly say that part of the reason that I think I’ve loved being pregnant so much is that I have been able to keep up with my normal workout schedule- 6 days a week in the gym. Of course I can’t run as hard, or lift as much, but it has definitely helped with the side effects. It has also helped keep my energy level up. (well, after the first trimester- the first tri I was like a walking zoombie) Hopefully I can do another post soon on my pregnancy workouts!

Anyways, now that we are getting closer & closer to her due date (or chosen induced date 🙂 ), we are getting ready for her!! Here is a little sneak peak at her nursery:

The saying on the wall is “First we had each other, then we had you, now we have everything.” It is kind of the ‘theme’ & it melts my heart EVERY time I read it.

Craig & I also went up to Maryland for labor day weekend & while we were up there we had a bunch of fun family events! First up was Craig’s parents 60th surprise birthday party. We had so much fun, and they were TOTALLY caught off guard!

The next day was my Maryland baby shower!! It was ABSOLUTELY beautiful, and the wonderful hosts did SO much- even down to the table decorations- everything HAD to be purple. They know me too well 😉

The hosts- Steph (my sis in law), Mrs. Carole, myself, and my MIL (mother in law)

Now I just HAVE to show you the favors, because I have never seen anything like them. 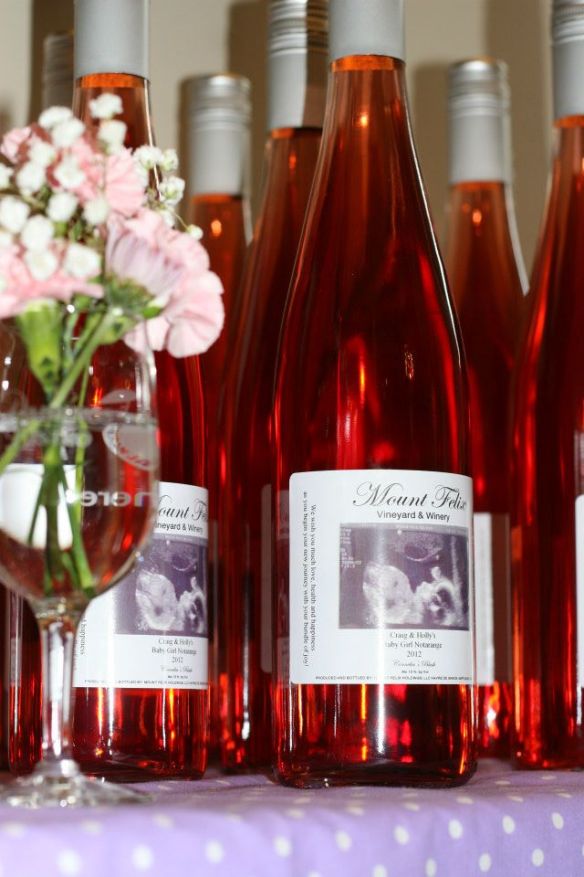 BLOWN AWAY. That’s how I feel about them. I mean how BEAUTIFUL are these?! Wine bottles with Bean’s sonogram picture on them!!!!!!!!!!!!!!!! There were two different types of wine, and each type had a different picture of her. I am still in AWE of these. My father in law got these made for the shower, and when I saw them I did all I could to not start crying. I got one of each & we will FOREVER have these. Lifetime momentos. Something that our little Bean can see one day too.