Most of you probably already know, but I married a Maryland boy.

He loves crabs, Old Bay, Natty Boh, the Orioles…and OF COURSE the Ravens.

Hence our INSANITY over the Ravens…and just wait, the craziness over the Orioles will soon begin. 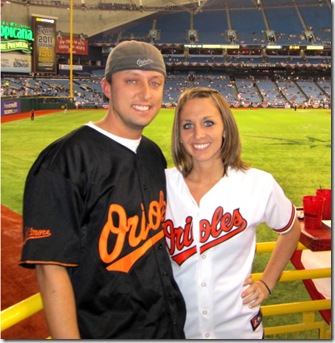 But what you may not know is that Craig went to NC State for college. 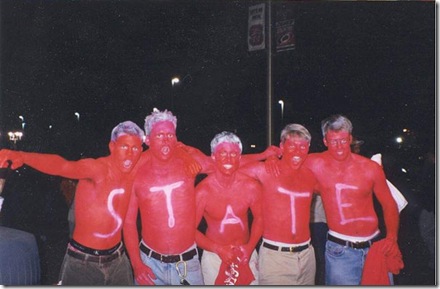 While at college in North Carolina he was introduced to a bunch of Southern foods. From grits, biscuits & gravy, collard greens, Bojangles (AKA heaven on earth) to cornbread and chicken fried steak.

But one of his favorite meals while in college, between his nightly cookie dough feasts, was Chicken and Waffles…or should I say Chicken ‘n’ waffles. 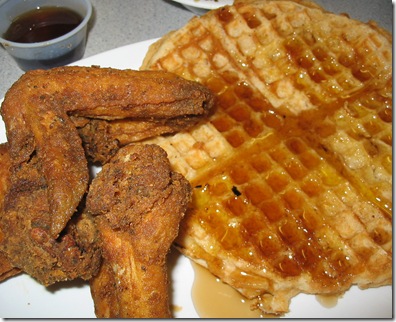 I had heard of them before I met Craig, but really never thought much about it until he ordered it one time while we were out. At first I thought he was insane. But then I tried a bite….and boy it is TASTY! Can’t say that I would order it on my own, but I loved having a few bites of his.

So when I came across a recipe yesterday for a spin on traditional chicken & waffles, I HAD to make it. I’m pretty good about meal planning and try to stick to it, but yesterday it went out the window.

At first I was skeptical, but then I kept reading and knew it had to be a winner: Chicken & Waffles- Italian Style!

Not only did it stand out to me because I know Craig’s love for the dish, but the fact that it was ITALIAN (& we all know his Italian tendencies 😉 ) chicken & waffles….I would have been crazy NOT to make it.

I changed a few things about the recipe in order to make it just for two. But, you can find the original recipe HERE.

There are a few parts to the recipe- I prepped the chicken tenders first, then while they baked I made the waffles.

Gabriella also assisted in making dinner, she didn’t want to be left out. 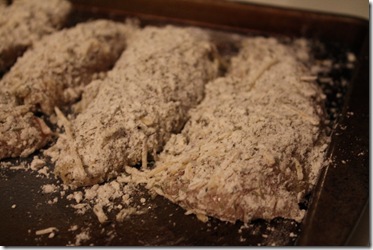 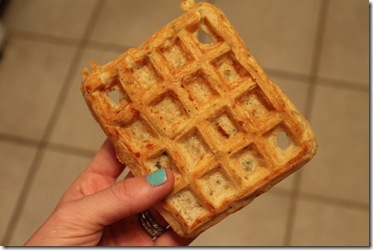 Once the waffles & chicken are done, start making the dish! Take 2 waffles, top with 2-3 chicken tenders & then pour on spaghetti sauce. 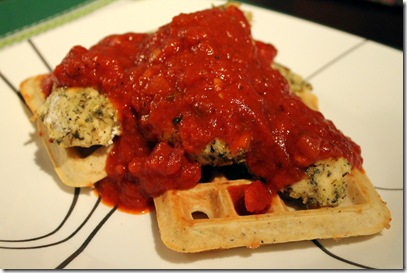 (I made Craig’s a bit bigger- this is his- 2 waffles & 3 tenders. He went back for another waffle) 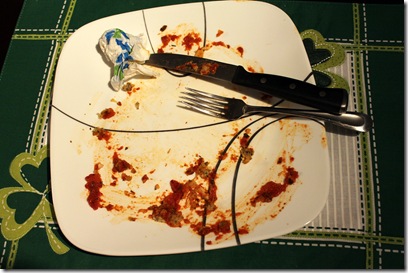 I would say dinner was a success by the looks of his plate above. 😉

I loved the concept and the twist on the traditional recipe! What a great idea!!