It’s hard for me NOT to talk about what is going on with Angelina Jolie and how it affects me personally.

I am also BRCA positive.

I had the blood test done when I was 21. The reason I decided to do it was because my biological mother had breast cancer, she did survive, but does have constant scares with new lumps or tumors. Her mother also had breast cancer, but did NOT survive. She passed away pretty young, I believe she was in her 50’s. I did not know her, but I did find out she passed away from it.

The blood test does not give you the results right away, it takes about two weeks, from what I can remember.

Craig and I were dating at the time, and I remember the day I got the results. I was standing in the kitchen, and Craig had JUST walked into the house for lunch. (He comes home for lunch) The office called, and I immediately picked the phone up, and my doctor started out by saying, ‘Holly, your results are in, and it came back positive. You are BRCA1 positive. I am so sorry.’

I just looked up at Craig, and couldn’t help but start crying. My doctor was still on the phone and was very sweet, she kept telling me everything was ok and told me I could go in to see her for counseling if I wanted. I thanked her, hung up and just cried. I was SO thankful Craig was there (how random is it that my doctor called me RIGHT when he got home? I’d say some divine intervention happened, for sure), he just held me and said everything would in fact be ok.

Seriously one of the reasons I married him. He is SO STRONG and SO SUPPORTIVE in EVERYTHING. He comforts me in times of need and really does put my mind at ease.

Honestly the FIRST thing I thought of was my children. Of course I didn’t have children at the time, it was before we were married…it was actually not too long after we had started dating. (Poor guy has to deal with someone with Crohn’s disease AND BRCA 1+…at least he knew what he was getting himself into before he asked me to marry him. 😉 )

I IMMEDIATELY thought ‘Oh my gosh, what if I pass this gene to my future children?!’ Craig then reminded me that obviously I have no choice as to what genes would be passed to children, which I knew, but it still made me sad.

But NOW it is a whole new story. I DO have a child.

A beautiful baby girl that I’m HEAD OVER HEELS in love with. 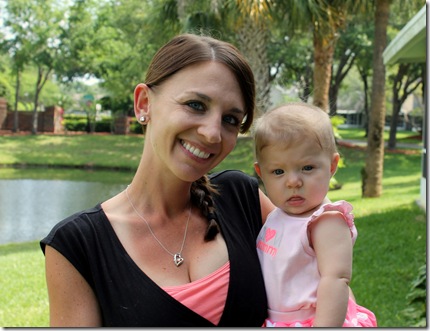 Before I had Gabriella, and shortly after finding out that I was BRCA positive, I decided that I DID want to have the preventative mastectomy. I also want my ovaries out.

Once I decided this, I had another choice to make: Have the surgery NOW or wait until after I have children? I always wanted children, and I had a feeling that Craig was THE ONE (even though it was only a few months into our relationship), but I had no idea when I actually would have kids.

I decided to schedule a few appointments with various surgeons around town to discuss the preventative mastectomy. I knew I had a LOT to think about & consider. I explained my situation to the surgeons I met with, listened to their advice and opinions and ultimately made my decision.

For ME, the best decision was the wait until after having children. The main reason was that I wanted to be able to breast feed, and the surgeons told me that I was still pretty young to have the surgery. Of course breast cancer doesn’t wait to affect someone until a certain age, but with LOTS of monitoring & frequent mammograms and annual MRI’s, any suspicious tumors or cells would hopefully be caught quickly.

My plan is still DEFINITELY to get the preventative mastectomy & my ovaries removed once we have baby #2. Of course both of these are MAJOR surgeries, and they will be life changing…I will probably have to be on certain hormones for the rest of my life. But you know what?

If doing these surgeries means that I will get to see my baby girl (&baby #2) grow up and have children of their own…and maybe those children have children means EVERYTHING to me. EVERYTHING.

ANYTHING for them is WORTH EVERY ounce of pain. 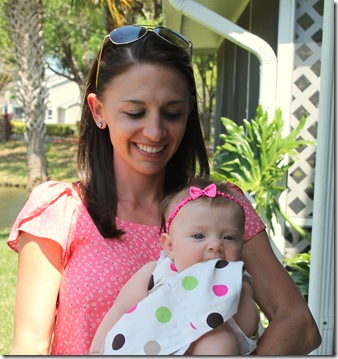 My future is with my husband and my children. And that is one future I WILL NOT MISS out on.

One other thing I want to add is that I have heard of some women actually NOT getting the test done because they are scared of the possible outcome of being BRCA positive. I understand it is scary. I GET IT. But having this test could save your life. Please don’t be scared of it, it is MUCH better to be aware of it rather than just trying to block it out of your mind. It’s not like it will just ‘go away’ if you don’t think about it.

Here are some links that have more information about BRCA testing & about the gene mutation in case you are interested:

***Head’s up: BRCA testing is EXPENSIVE. BUT the good news is that if you can provide proof of someone related to you (usually close family member- mother/ father/ sister/ grandmother/ aunt) having breast cancer, insurance companies will typically cover the cost. Of course you should contact your insurance company regarding what they will cover. My insurance did cover the WHOLE test, since I could prove that my biological mother & maternal grandmother had the disease. I also found out that they will cover MOST of my surgeries as well, since it IS preventative.***