First things first: Happy Birthday to my Brother in Law!!! 🙂

This is a continuation of my Crohn’s story. This post picks from where I left off in my previous post. I was just finishing up talking about my experience with Crohn’s disease in high school & moving on to life in college.

College was actually REALLY good! I never had a flair up once..and I was on really light medication.(Pentasa)  Everything involving my stomach was actually ‘pretty normal,’ and I was really lucky! Adjusting to college life is hard enough, let alone throwing in stomach issues.

During my whole college career, I think I only had one not so good experience but it lasted only about a month

Once I graduated college, the flair up happened…that I’m still experiencing. It was about 3 months out of college. I graduated in December 2009 & the flair up hit March 2010; I will never forget that month. It was a mess.I can even pin point the day that it started- I just remember being in SO much pain one night while out at dinner, I actually had to leave the restaurant. At first I thought it was from the food that we ate (sushi), but later I found out that it had nothing to do with the food, it was just a flair up.

My whole goal right now is to try to control this flair up that I’m currently going through, and to do that I have had to adjust what I eat. Yes, sometimes it sucks…but I would rather change a few things rather than constantly be in pain. If you have Crohn’s or know someone that has it, you could try these suggestions! They might help you control the disease. 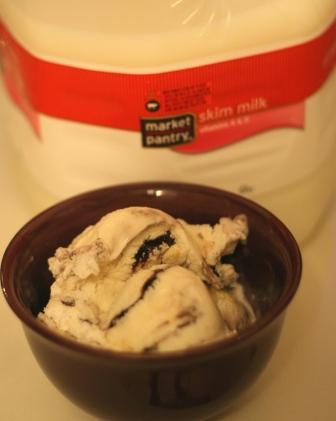 This is the hardest one. Sometimes Crohn’s disease can cause lactose intolerance. One of the suggestions that I have is to use those lactose pills. I have found that they tend to help a bit.

These things are now the devil to me. I had NO idea how much they affected my stomach until I stopped using them. I always swore by Splenda- I used it in coffee, baked goods, anything that needed sweetening. Now I stay FAR FARaway from it. It just caused a lot of gas/ bloating and I honestly think it’s a good idea to stay away from sugar substitutes in general, even if you don’t have Crohn’s disease.

Instead of Splenda, I have now turned to Truvia or Stevia to do my sweetening!

It is an all natural calorie free sweetener!

I LOVE coffee. Like really LOVE it. I’m sure you can tell after my post yesterday.  As much as I love it, I PAY for drinking it everyday. Coffee is a diurectic, it makes you GO! (& by go, I don’t mean pee!) You see, even though I should probably give it up completely, there are some things that I just refuse to give up to this disease. Yes, I do know I might feel better if I stop drinking it, but I just really love it. If you aren’t such a big coffee drinker like me, I suggest trying tea. I guarantee you will feel better than drinking coffee.

This one is the easiest for me! Honestly, the past couple of months I have really stayed away from alcohol in general. I just don’t like drinking it that much anymore. Now if you offer me a glass of wine, that’s a TOTALLY different story! I LOVE wine..but no so big on the alcohol anymore. It just really makes me sick to my stomach..and I REALLY feel it the next day..even after just ONEdrink. Eek!

Other things that I have also tried to avoid eating as much include salads- too much ‘roughage’ , popcorn (hard to digest), oatmeal (high fiber), and spicy foods. (I swear the spice goes STRAIGHTto the stomach!)

These are just some of the things that I have found that work for me. I know everything is different for everyone, but I think staying away from these things (Or having less of them) has really helped me.

If you have any questions about Crohn’s, or need someone to talk to, please feel free to email me: everydayholly@gmail.com. Oh, and happy Friday eve!!